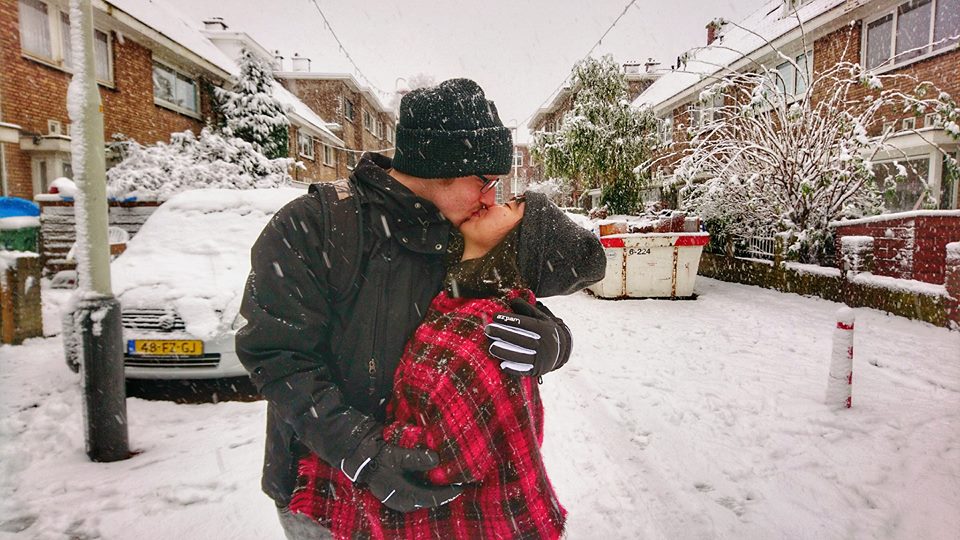 When I was a primary school student, I often saw my sister crying. It was thirteen years ago when she was still a teenager. There were so many times that I saw her sitting on the staircase drinking beer and crying. She burst into tears of sadness and sorrow, but nobody could understand her real misery.

My parents used to be extremely traditional and always held many old-fashioned thoughts in their minds. They were the typical model of parents in my village where I was born. My siblings and I grew up with much love from both mom and dad. At the same time, though, our bodies suffered from countless corporal punishments from them. My parents did not know how to talk to their children as friends. Instead, they tended to be very aggressive and often angry. They were impatient, and they hurt us with criticizing words. I do not remember how many times I was so discontented with my parents that I started arguing with them, left home, dropped out of school, and even thought about committing suicide. It was all because of the huge generation gap between the parents and their offsprings.

My parents and I were not close to each other even when I reached my puberty. There was a big wall between us that stopped me from confiding in them. There were a number of times we were in high dudgeon after insulting each other. I cried a lot at that time. Now they are much more open-minded than they used to be in the last ten years though.

In the small village that I come from, almost all people were deeply affected by traditional values. There is nothing we can do about it. Time is the only answer, I suppose.

Not a long time ago, girls in my village used to get married when they reached the age of fifteen or sixteen. The majority of people dropped out of school at a very tender age to make ends meet. There is a local custom in the village that says: Those who get married to a person from elsewhere, far away from home, will be considered “an ungrateful child”. Marrying someone who lives far away from your house is believed to be the worst thing you can do for your parents, and of course, you will be opposed. The parents will, with certainty, stop their children’s “reckless” love story in any possible way, using even violence or suicide threats.

My village is small. Everyone knows each other very well, and it is tough to keep one’s private life. People enjoy gossiping and spreading rumors. Parents always want their offsprings to marry someone living nearby because they fear to lose their beloved children, to never see them again or the mistreatment by their children’s potential parents-in-law and son-in-law. In Vietnam, it is a tradition that after the wedding party, the bride moves in to live with her husband’s family and has to ask permission from her husband and her parents-in-law if she wants to pay a visit to her own parents.

People hold the view that marrying someone far away (20 kilometers is considered far away) means you lose your own roots and that you no longer belong to where you were born. That is something you should feel ashamed of.

When my sister started to know how to fall in love, my parents always interfered in her relationships. It was my mom who tore my sister’s love letters in pieces. She even burned them with a lighter and chopped them with a cleaver. It made my sister burst into tears desolately. She did cry a lot, a lot and a lot. Luckily my parents did not treat me the same way when I grew up. Whenever I reminisce about the past, I still cannot believe my mom used to be the tough person she once was.

There are also so many cases in which parents arrange marriages for their children. They basically select the future partners for their sons and daughters based on their own preference. After a short time of knowing each other, the two previous strangers get married. While some arranged marriages have a happy ending, the others do not.

“What would you do if I am not happy with the marriage you have arranged for me?” the hopeless children ask.
“We will take responsibilities for your marriage,” the parents respond.

How can you take responsibility for my happiness? Will you ask me to try to continue enduring an unhappy marriage? Or you will tell me that all married men in the world have affairs and I must accept this as a fact? Will you advise me not to leave my husband even if he beats me because Vietnamese women ought to listen to their husbands? But why do I need to stay in a marriage that is completely sabotaged? Just because divorce is a sin for you? Or is it because you will lose your face if your daughter gets divorced?

Parents might also protest their children’s marriage by refusing to see them again. In many cases, young women decide to get pregnant before marriage so that their parents can no longer be against their love. Parents usually accept their grandchildren, but those who consider premarital pregnancies sinful would force the couples to get an abortion.

An obvious thing that Vietnamese parents tend to forget is that everybody has the freedom to marry the person they truly love. Their choice is also their responsibility. No matter how happy or how tough their marriage will be, their life should be in their own hands.

The exact words with which my cousin’s parents refused her with were: “You do not need to study higher. Girls should not study too much. Do not go anywhere far away! Find someone in the village and settle down so that we can stop worrying about your life.” Merely thinking about what her parents said makes me shiver. The words represent both love and selfishness at the same time. Just like when you love a flower. The moment you pick it up to bring it home, it will die. Love is not about possession.

If parents always want to stay with their children and protect them forever, the children will never learn how to grow and never truly live their own life.