Pavlina Pavlova is a multilingual professional with a strong background in emerging markets research and publishing across sectors and industries. Her resume spans twenty-two countries and six continents.

Bulgarian by birth but a global citizen at heart, Pavlina has always believed in the power of choice, optimism, and perseverance.

In 2006, Pavlina began studies for her bachelor’s degree at the International Business School in Groningen, The Netherlands. After two years in Groningen, Pavlina continued her education at the International Business School for Economics and Law in Berlin. In 2010, Pavlina graduated with a dual degree from both schools, a thousand friends from around the world, and unforgettable experiences from both countries.

After beginning her professional career with Deloitte and KPMG, Pavlina quickly realized that the corporate world is often deprived of the authentic experiences in life. Overwhelmed with the need for self-fulfillment and always wondering if another, more exciting, chapter lay ahead, Pavlina spent the next six years managing publishing projects for the energy, mining, chemical, and steel sectors. After a dozen of projects in more than twenty countries, Pavlina returned to Bulgaria, dedicating a year to information technology and advocating for the creation of a more sustainable ecosystem for startups, and later became a full-time consultant for the ICT sector.

During her stay in Bulgaria, Pavlina enrolled in the Executive MBA program at the American University in Bulgaria, yet another step to becoming a more engaged participant in the country’s most pertinent matters and discussions.

An avid photographer and runner, a passionate traveler, and a dedicated supporter of charity initiatives, Pavlina never stops looking for the next challenge and inspiration in life. 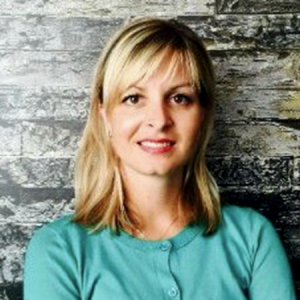 Start writing your own chapter today. We do not need to be extraordinary but exceptionally motivated to make it through in life. Courage and kindness is all it takes.