Living in Europe seems like a dream for many people. Ever since I was small, the old movies of the eighteenth-century Europe set amidst glistening white architecture, picturesque gold arches, stunning paintings, luxurious hairstyles and big ball gowns always fascinated me as a glowingly unique fairytale. I, a Pakistani girl, was living on the other side of the world, in a completely different culture. Nevertheless, my summer trips to bustling multi-cultural London never really seemed a welcoming fit to what I had envisioned before.

Thus, when I received an opportunity to pursue my higher education in Germany, I jumped at the chance and joyfully welcomed it. Germany over the years has been known mostly for Adolf Hitler and his atrocities. In South Asia, many of my colleagues and friends were baffled at my choice of study. The perception of Germans as a strict and tough race was often generalized from American movies or examples of World War II. The uncertainties regarding the country I was moving to and the enormous cultural differences were both daunting and exciting at the same time.

As part of my DAAD scholarship, we were expected to begin with a course in German. I found this highly surprising because, as a Pakistani, I had been taught that in order to have a global outlook and to assimilate well in any country, I should focus on studying English. Little did I know that this way of thinking was going to change soon. On a long and tiring flight to Germany, I lay thinking of the journey ahead – would my expectations of living happily and well in Europe be met?

Landing in Dusseldorf, West Germany – I got extremely excited! The airport was airy and well-lit, but a massive cultural shock hit me – there was hardly any signs in English! I scanned the airport for a help desk but could see nothing. Rows and rows of signs in German – a language which I had not yet learned and actually hadn’t even looked at yet. It took me about 30 minutes to find connecting trains and another 20 minutes to find my desired train station, lugging my huge suitcases behind me. No porters to help this time! It was quite a difference from Asia – over there, you can always find someone who would be willing to assist on a tip basis. Whereas in Germany, asking for help seemed difficult – even the Germans who spoke English were hesitant to stop. On my way to the new home, I desperately longed to see happy, friendly faces popping out from the crowd.

Reaching home around midnight, I was exhausted. My destination city – Munster – was characterized as a small town known for ‘bicycles’ and its ‘idyllic countryside’. I sensed more cultural shocks were coming on the way. Growing up, I had been used to hustling bustling cities, noisy cars, lots of traffic and pollution. There, the situation was quite the opposite – straight clean lines, fewer cars, people riding bicycles and lit-up small kiosks selling warm drinks. The cool air hit me hard on arrival. Freezing temperatures in April – could it be possible? I was shivering in my light jacket. It was nearly 30 degrees back home in Pakistan! 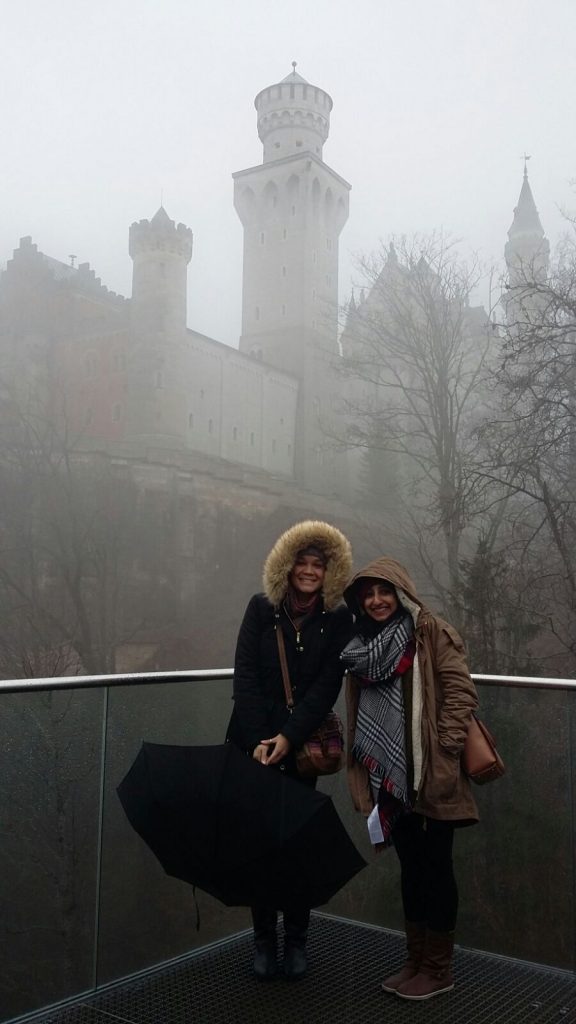 Tension and stress began creeping up again – until I saw the smiling face of an older gentleman standing with my name held high up. Seeing him, I rushed up and shook his hand, praying silently that he could speak English. To my relief, he did, since he was British. He took me to his home and over a warm cup of tea and sandwiches, I immediately felt better. We had a very interesting conversation that night that helped me look forward to beginning the next chapter of my life in Germany.

In the days and months to come, I faced challenges and diverse experiences that helped shape me and strengthen my inner resolve and individuality. Living with a host family, especially one who spoke only in German, was one of the most difficult challenges one could imagine. On the other hand, it strengthened my resolve to learn, question, and exert myself to do more. Learning the language with all its difficult vocabulary and grammar opened the door to more rich experiences – it helped me explore the German culture more profoundly, make life-long friendships and relationships (i.e my dear German host mother – Ursula) and understand more of the country’s history and culture, while breaking the misconceptions and stereotypes I had adopted earlier.

As an Asian, we are more family-centered and nuclear families of the West worry us. Even though I managed to the other side of Germany too – More conservative family-centered Germans who were caring and hospitable, who were ready to help and to be there for each other whenever possible – they hold the very family values that are most dear to my culture. My time in Germany also helped me get rid of the preconceived notions about other cultures. Germans are told to be reserved and firm – but I found it to be due to an innate shyness and a difficulty to open up. I found my outgoing and talkative personality was a little too much for my host mother in the beginning, but once we got to know each other, we had the same frank and friendly conversations as others in my part of the world do! Opportunities along with genuine willingness to understand others can do wonders.

Homesickness and resistance towards accepting a foreign culture are some of the most common problems that, from what I have seen, most Asians face abroad. We hold our culture deep within us and often isolate ourselves from making new friends and exposing ourselves to new and different things. Fear of the unknown paralyzes us and makes us keep away from the locals, and this also was the most important challenge I had to overcome. I realized that being in a foreign land and being surrounded by people from far-off Africa and Latin America was a chance very few get. Gradually, I let my fears subside and made the best of friendships with young people from all over the world – we travelled through Europe together, cried, laughed, and made many memories alongside each other. 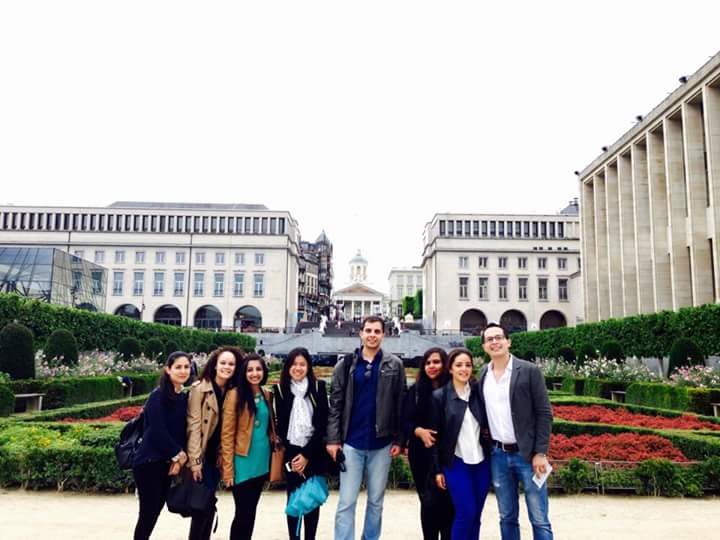 The vibrancy of Asia with bright fabric and exotic delicacies was something I also missed dearly in Europe. As a Pakistani who lives in the foodie heartland – Lahore, I never was very happy about bland German food. Thus, came the hunt for ‘garam masalas’ and ingredients for the perfect ‘biryani’! I searched through many ‘Asiatisch’ (Asian) markets and found myself smack in the middle of Asian cuisines (i.e ingredients from all over South, South-East, and Central Asia). As a foreign student, I felt that food really was the bridge that brought us all together – international dinners with small amounts of exotic delicacies brought more companionship and laughter than anything else. For an Asian trying to acclimatize – this is a surefire way to make new friends! I fondly think over many days where groups of us banded together and held Master-chef classes excitedly noting down new recipes.

With all its multitude of challenges, I believe that the ability to adjust and acclimatize to our surroundings lies within us. It is a daunting step indeed, but once taken it can open doors to so many beautiful memories and strengthening experiences that can shape your perspectives on life and bring forth independence and maturity you might not gain otherwise. Germany and travels through Europe brought me a chance to live and explore a fairytale while making memories and relationships that I will deeply and forever cherish.