Patricia Noonan is a NYC-based actor, singer, and writer with a passion for telling great stories.  Since coming to New York, she has made a name for herself by breathing new life into the leading ladies of classic shows, working with composers and writers to bring original stories to the stage and screen for the first time, and expanding the stories we tell about women.

Patricia first fell in love with the joys and challenges of working on a new piece as part of the original cast of Little House on the Prairie at the Guthrie Theater and she continues to help bring new shows to life in NYC and beyond.  Recently, she stepped into the shoes of one of her literary heroes – the feisty Elizabeth Bennet – in the world premiere of the new musical Jane Austen’s Pride and Prejudice.  Patricia also received critical acclaim for her portrayal of rebel artist Lorelei, a role she originated in the Off-Broadway Signs of Life, and for her work as the damaged but lovable Abby in the regional debut of Neurosis.  Other notable new works include Maury Yeston’s Death Takes a Holiday at the Roundabout, in which she created the role of Sophia, the sexy maid who has a way with towels, Edwin, bringing to life the famous actor Edwin Booth’s wife Mollie, and Baby Case, in which she played characters ranging from Scots-Irish nurse Betty Gow to a powerful prostitute to Ginger Rogers.

In theaters from the east to the west coast and everywhere in between, Patricia has also shone while recreating classic leading lady roles like My Fair Lady’s Eliza, Carousel’s Julie Jordan, Secret Garden’s Lily, and Pirates of Penzance’s Mabel for today’s audiences.  Back home in NYC, she has been part of the great tradition of City Center Encores, appearing in Girl Crazy, Where’s Charley, The Most Happy Fella, Annie Get Your Gun, and as Meg in Merrily We Roll Along, and took the stage as part of the Emmy-nominated Carousel at Avery Fisher Hall (PBS: Live from Lincoln Center).

As a concert performer, Patricia has traveled the country from Fort Worth’s Bass Hall to the home of the National Symphony Orchestra at the Kennedy Center.  She can also be heard on the cast recordings of Death Takes a Holiday and Merrily We Roll Along.

A Philly girl at heart (her hometown of cheesesteaks and wonderfully rabid sports fans), Patricia graduated at the top of her class from Boston College as a member of the Presidential Scholars Program with a dual degree in Theater Arts and English.  While at Boston College, Patricia saw her award-winning original plays Mermaid People and The Storykeeper produced.  Currently, she is working on the new Irish-inspired musical Learning How to Drown with Amanda Jacobs which has been workshopped at The Pitch at the Finger Lakes Musical Theater Festival and at the Johnny Mercer Writers’ Colony at Goodspeed and received a workshop production at Boston College.  She is also writing the book and lyrics for Sweetwater with the wonderful composer Sean Mahoney. 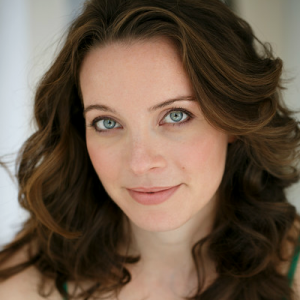